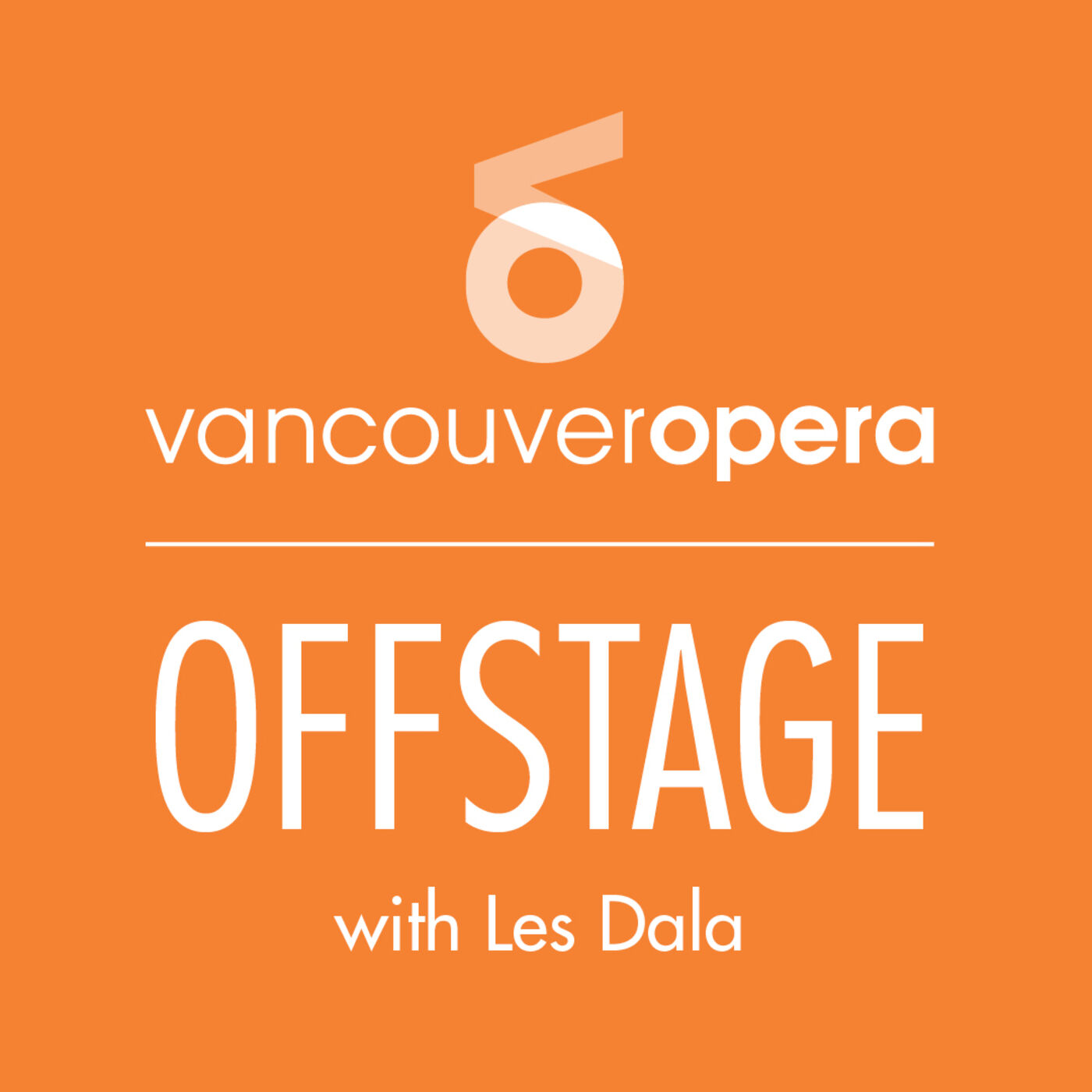 Vancouver Opera Offstage is an audio podcast with host Les Dala, chorus director and associate conductor with Vancouver Opera. Join Les every Wednesday for this weekly podcast as he chats with opera experts, artists, Vancouver Opera staff and others to explore the world of opera on and off the stage. This podcast offers an insider’s glimpse into the artistry, experiences, and perspectives of the talent involved in taking breathtaking opera productions from the page to the stage. For more information and to access each episode's special features such as guest Spotify lists, visit vancouveropera.ca . Continue the conversation on social media with hashtag #VOffstage.

Episode 5 | Perspectives on performance with Canadian bass-baritone Daniel Okulitch
May 27 2020 • 38 min
In this episode, Les speaks with Canadian bass-baritone Daniel Okulitch, who most recently starred as Joseph De Rocher in Vancouver Opera's 2017 production of Jake Heggie's Dead Man Walking. Daniel has been involved in the creation of several world premiere operas, including Brokeback Mountain, The Fly, JFK, and Marnie, among others. In addition to his accomplished career in opera, Daniel has also appeared on Broadway in the role of Schaunard in Baz Luhrmann's 2002 Broadway musical adaption of La boheme. Dan shares interesting stories of performing around the globe, as well as his perspectives on performance in a socially-distanced digital landscape.
Episode 4 | Sharing stories from legendary Canadian mezzo-soprano Judith Forst
May 20 2020 • 34 min
In this episode Les takes a stroll down memory lane with legendary Canadian mezzo-soprano Judith Forst. Judi has an association with Vancouver Opera dating back to the 1960s, when she was a member of the first training program for young singers. Since that time she has had a prestigious international career with appearances at some of the most important opera houses of the world, including the Metropolitan Opera, La Scala, and San Francisco Opera. We are treated to Judi's stories of performing with Opera greats such as Joan Sutherland, hear about her beginnings in British Columbia, and discover Judi's love for new composition.
Episode 3 | A Chat with Canadian Stage Director Rachel Peake | On her process and vision as a director from theatre to opera
May 13 2020 • 28 min
In this podcast, Les speaks with Stage Director Rachel Peake, who last directed La Cenerentola for Vancouver Opera in 2019 and is the Associate Artistic Director of the Citadel Theatre in Edmonton, Alberta. Rachel will return to direct Vancouver Opera's 60th Anniversary Season production of George Bizet's masterpiece Carmen and gives us a fascinating look into her process as a director.
Episode 2 | Catching up with Jonathan Darlington, Music Director Emeritus of Vancouver Opera
May 06 2020 • 31 min
In this podcast, Les chats with Vancouver Opera Music Director Emeritus Jonathan Darlington. We explore Jonathan's musical journey and how he got involved in the world of opera, and Maestro Darlington also shares his thoughts on Mozart, Verdi and Strauss, composers whose operas have figured prominently in his tenure at Vancouver Opera. Plus, we get a peek at what Jonathan is doing to keep busy during this quarantine period.
Episode 1 | An Interview with Tom Wright, General Director of Vancouver Opera
Apr 29 2020 • 40 min
In our first podcast, Les chats with Tom Wright, Vancouver Opera’s newly appointed general director. Tom previously held the position of director of artistic planning at VO for 13 seasons. Les and Tom discuss leadership during a pandemic and his vision for the future of Vancouver Opera.
Episode 0 | Welcome to Vancouver Opera Offstage!
Apr 27 2020 • 1 min
A series preview of the Vancouver Opera Offstage podcast with Les Dala; an introduction from Episode 1.
No review available yet...